In a rapidly changing society and economy it is clearly important that people continue to learn throughout their lives. This has been part of the rhetoric of “lifelong learning” in national and international policy documents since the 1960s. However, this has rarely impacted on public policy, as people age they are less likely to do anything which is easily identified as “learning”, and in recent years public support for adult learning has been steadily and rapidly eroded. Alongside this, we have seen the rise of online learning, and among older people, the very rapid expansion of the self managed University of the Third Age.

I am interested in how adult learning is different from learning by young people, in how it can be made relevant and promoted, and in the role of public, private and third sector institutions in supporting it.

I began teaching adults in 1969 as an FE lecturer in Sunderland. Adult learning, in many forms and contexts has been a theme of my work ever since, but especially at the National Institute of Adult Continuing Education (NIACE), as Head of the Unit for the Development of Adult Continung Education (UDACE), and later as Director of Research and Higher Education. I continued this interest in 2009 when I became Professor and Head of the School of Education at the University of Surrey.

Over the years I have served on a variety of bodies concerned with lifelong learning, including the Surrey Learning and Skills Council (LSC); the Workforce Skills Committee of the South East of England Regional Development Agency (SEEDA); the Universities Association for Lifelong Learning (UALL); the Career Development Institute (CDI); the Equality Committee of the Higher Education Funding Council for England (HEFCE); the National Guidance Council; the National Council for Educational Technology (NCET); the London University Extramural Council. 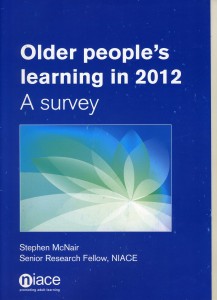 Survey of older people’s learning. Since the early 1990s, NIACE has conducted an annual survey of adult learning, to monitor how patterns of participation are changing. On two occasions (2006 and 2012) this survey was enhanced to examine the learning of people over 50 in more detail. I was responsible for these surveys and the two published reports, the Short summary report, and the Full report 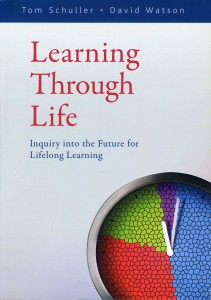 Learning Together: Age Mixing in further Education Colleges (2003) a research report for the Learning and Skills Research Centre on the value of mixed age groups in further education (with Gareth Parry, Rachel Brooks and Pam Cole). Further work has been published by Rachel Brooks on this topic.